A Visit to the Players' Club

The Players' Club was founded by Edwin Booth (older brother of John Wilkes Booth), Mark Twain, General Tecumseh Sherman and several others in NYC in 1888.  The Club exists to promote a convivial bond between actors and others associated with the arts and letters.  Over the years, many whose names we still recognize and revere shared in that fraternity and their portraits cover the walls like diplomas in a doctor's office. 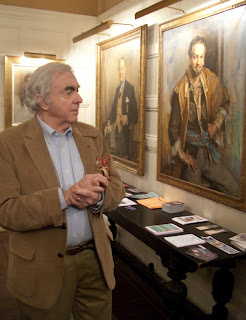 Recently I joined a group of portrait artists on a guided tour of these portraits.  Our guide was none other than the Chairman of the Art Committee at the Players' Club, Mr. Everett Raymond Kinstler, who is as masterful at telling stories as he is at wielding paint loaded brushes.

Here he is telling us the behind-the-scenes events surrounding several portraits in the collection he painted himself. 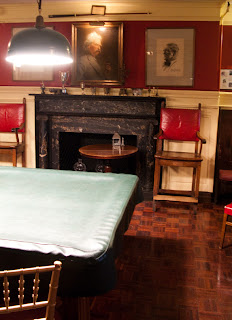 According to Mr. Kinstler, Mark Twain played pool on this actual table. 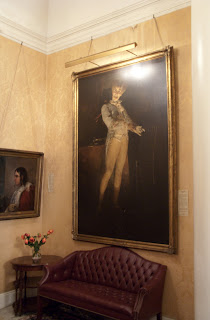 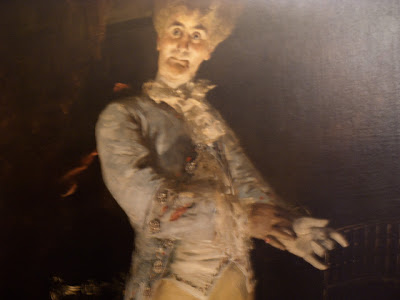 The Club boasts 3 (formerly 4) portraits by Sargent, who by the way, was also a member. 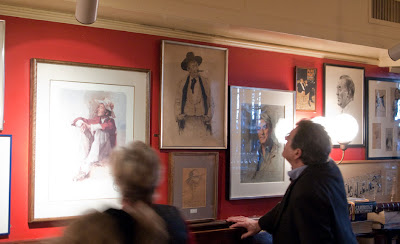 This wall contains a Norman Rockwell a James Montgomery Flagg and a painting of Katherine Hepburn by Mr. Kinstler along with other museum-worthy originals. 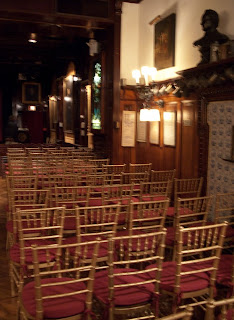 The Players stage their own performances in this area. 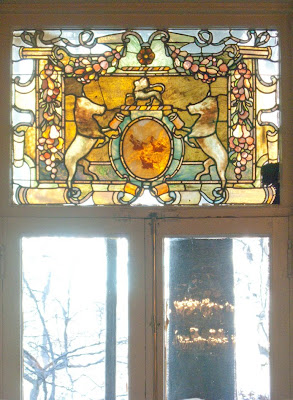 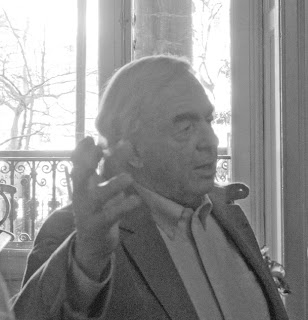 A big thanks to Mr. Kinstler.  Both he and the Club were thoroughly impressive and the event was very much appreciated.
Posted by JLFA at 2:46 PM